thoughts on Body and mind

The ABC diet, otherwise known as the Ana Boot Camp diet, is highly controversial and not for the faint hearted. It is a very severe calorie restriction diet that must be properly planned and discussed with a qualified doctor to ensure that you are actually healthy enough to undertake it. In the unlikely event that a doctor agrees that you are, this short-term diet has shown some successes in burning fat and aiding in fast, sudden weight loss, but it has far too many negatives to advise or promote as a viable diet. In particular, it is not a healthy long-term diet as it does not supply anywhere near enough adequate nutritional value, and it should therefore not be undertaken for any significant amount of time.

Sustained undertaking of an ABC diet is not only unhealthy, but it can lead to lasting psychological problems and has a high correlation with sufferers of anorexia nervosa. In fact, the ABC diet has its origins in anorexia forums, where it is described less as a mental illness and more as a lifestyle choice. These dangerous origins of the ABC diet make it complicit in the promotion of anorexia which can lead to severe, and potentially fatal, consequences. So, how does it work?

What is the ABC diet?

In short, the ABC diet involves a drastic reduction in calorie intake. Not only do its practitioners regularly consume under an already dangerously low 500 calories a day, but they also undertake several fast days where they do not consume anything at all. The basic schematic of the diet is recorded over fifty days (roughly eight weeks).
Beginning with the dangerous consumption of 500 calories each day in the first week from Monday, dieters, drop their calories intake on Wednesday to 300 calories, up to 400 calories on Thursday, down to 100 calories on Friday, and then up to 200 calories on Saturday, 300 calories on Sunday, 400 calories on Monday, 500 calories on Tuesday and then followed by a fast day on Wednesday. Thursday begins on 150 calories, followed by 200 calories on Friday, 400 calories on Saturday, 350 calories on Sunday, 250 calories on Monday, 200 calories on Tuesday and then a fast day on Wednesday again.
Eventually, when the fifty days are up, its practitioners slowly incorporate a higher calorie intake until they are back to their regular diet. This intermittent up and down — albeit in the slightest of increments — in calorie intake is thought by its users to allow you to consume a low-calorie diet without your body going into starvation mode, and that fluctuations in daily intake are healthy. According to its advocates, the ABC diet essentially “tricks” the body into maintaining a high metabolism whilst consuming very little. In reality, a low-calorie diet encourages a low metabolism.
The actual science behind the ABC diet is therefore negligent, as although sudden low-calorie diets can have a proven impact on significant weight loss, the schematic of moving in slight increments to control metabolism has absolutely no scientific backing or verification. In short, practitioners and advocates of the ABC diet deal in pseudo-scientific theories, espoused by individuals who lack proper qualifications or sound nutritional knowledge.The Dangers of the ABC diet
Although sudden low-calorie diets, intermittent fasting and juice cleanses have seen some backing in nutritional and medical communities, the ABC diet does not. This is because of the sustained 50-day program which it advocates. Where most low-calorie diets restrict themselves to anywhere between 7 and 14 days, the ABC diet involves a far more severe time frame with a far more restricted calorie intake than is recommended.
Given that the ABC diet was developed by and for sufferers of anorexia, the diet helps to promote anorexia among its users. Anorexia is a very serious eating disorder which encourages obsessions over both weight and food, leading to an unhealthy fixation on calorie counting, and a skewered perception of daily limits. Not only can this mental disease lead to a number of physical ailments — such as general fatigue, dizziness, irregular heartbeat, constipation, insomnia, dry skin, low blood pressure and unhealthy weight loss — but it can cause more long-lasting complications, including anemia, kidney problems, bone loss, heart disease and gastrointestinal problems.
At worst, anorexia can be a fatal and delimiting disease, which lessens one’s lifespan and ruins one’s quality of life. Furthermore, given that the ABC diet is concerned solely with calories, it does not dictate what kind of foods can be eaten. This skewered focus on quantity rather than quality of calories showcases a poor understanding of nutritional value. A healthy diet, whether more restricted or not, needs an adequate balance of carbohydrates, fats and proteins, made up of a variety of fresh fruits and vegetables, among other foodstuffs. No diet that advocates such strict and extreme calorie deprivation can be considered as safe. Worse yet, the obvious ignorance of nutrition in the ABC diet cannot be healthy in the long run.The Verdict
While a restrictive, low-calorie diet can help many to lose weight in the short-term, over a sustained period of time it will trigger your basal metabolic rate, making it slow down. This will affect the individual’s ability to burn calories in the long-term, causing weight gain when its users return to a more normal diet. Actual, healthy weight loss takes time and involves lifestyle changes rather than quick fads and fixes. If you are undertaking anything like the ABC diet, it is best to consume far more than the diet outlines by at least double. After all, a healthy lifestyle is not just about dieting, it involves a balanced variety of food nutrients and a high activity level. Counting calories, whilst useful at times, should not become a restrictive obsession. The ABC diet cannot be advocated as anything more than a very quick fix (with far less than its fifty day plan), and most certainly cannot be undertaken in the long-term. 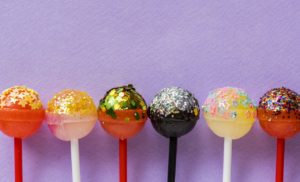 Myprotein in the UK, is a popular brand known for its affordable high nutrition supplements. Their grand seller is the Impact Whey; a product loved … 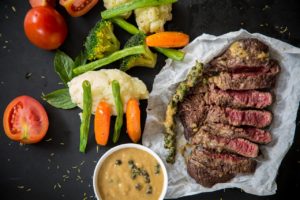 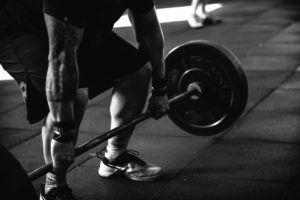 Ever felt limited or restricted when doing a deadlift…? Like your lower back hurts, or you are just unable to do it correctly without injuring … 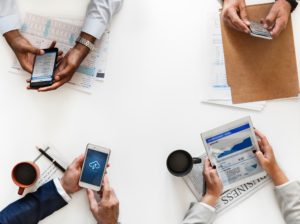 Ever wondered why gyms are always swamped with sales walk-ins? I’ll tell you why… Basically, keeping existing members happy is a challenge all gyms and … 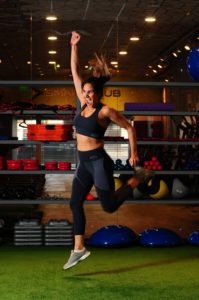 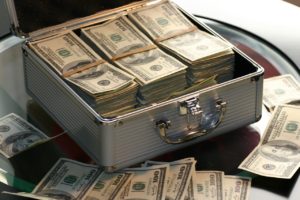 15 Ways to Make Money as a Personal Trainer

Even as a Personal Trainer it can often be difficult to appreciate that you’re a businessman. You’re self-employed because you don’t necessarily want to work …

Make a Booking with a Personal Trainer now